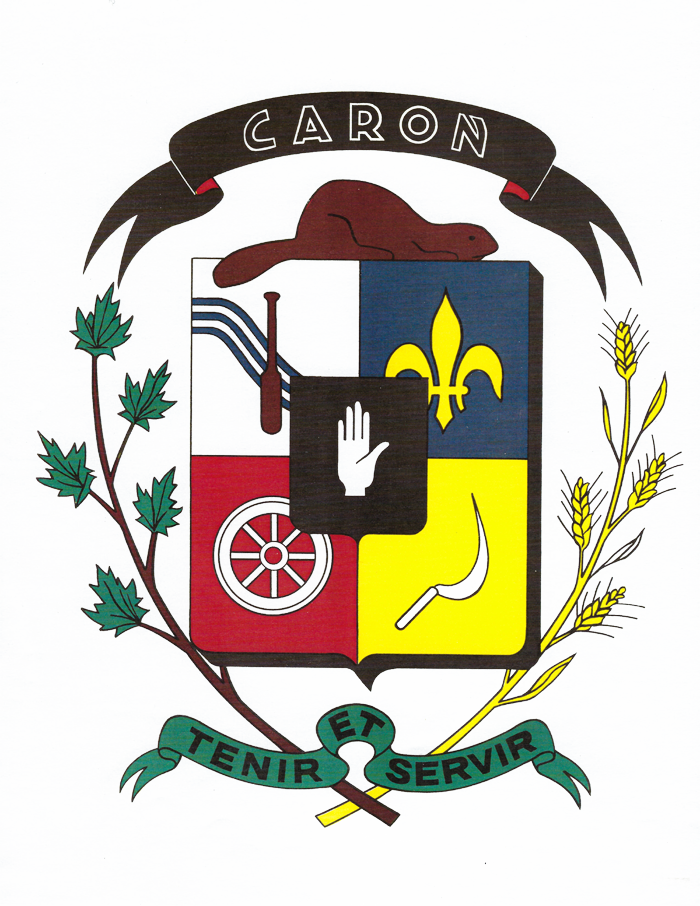 The first quarter illustrates the origin of the name through the elements of «river» and «paddle». These recall the mythological boatman who ferried the dead across the river Styx to the other world. It may also serve to remind us of the sons of Robert who crossed the St-Lawrence River to join their namesakes already settled on the South Shore of the «Seigneurie de Saint-Jean Port-Joli».

The second quarter uses the «fleur de lys» to represent the origins of Robert Caron, this courageous pioneer who left France to settle on the shores of the St-Lawrence River.

The third quarter recalls the labours of our ancestors who tilled the soil to make it bear fruit.

The fourth quarter represents the industry which characterized those that followed, particularly those who worked in the transportation industry which contributed to the spread of the family throughout North America.

The open hand, which is superimposed, symbolizes the family traits of peacefulness and readiness to serve.

The border, which is composed of a wheat stalk and maple leaves, symbols of fertility and of patriotic spirit, is topped by a laborious beaver, a reminder of the motto «To Hold and to Serve».